When I was little, I remember how fun I thought it was to move. After all, my family first moved before I even turned one, so with all the subsequent moves, I thought it was just a natural thing to do. (Plus, being so young, I didn't have to do any of the work!) But after I started school, we only moved once more to ensure that my sister and I could grow up in the same school district. But once I finished community college, I of course had to enjoy the adventures of moving once again!

I first moved at the age of twenty from Oregon to Nebraska. This was by far the easiest move. I didn't have any commitments in Oregon, and I had an internship lined up in Nebraska that included housing. It turned out to be the basement of a camp chapel that didn't even have kitchen appliances, but at least there were couches, bathrooms, and a squeaky bed to sleep in. At the time, the most obvious choice was for me to take the airplane. I hadn't explored very many modes of transportation at this point in time. I looked into taking the train, but it only cost a little less and would take three days. (I did end up taking the train back for Christmas, though.) Because most people reading this probably have flown multiple times, I won't bore you with details. It was a pretty typical flying day to get halfway across the country. I took two suitcases plus carryon items. It was enough to live on for a few months, but every time I went back to my parents' house for Christmas, I would fill up another large suitcase with left-behind belongings. I ended up living in Nebraska for two years and one week. 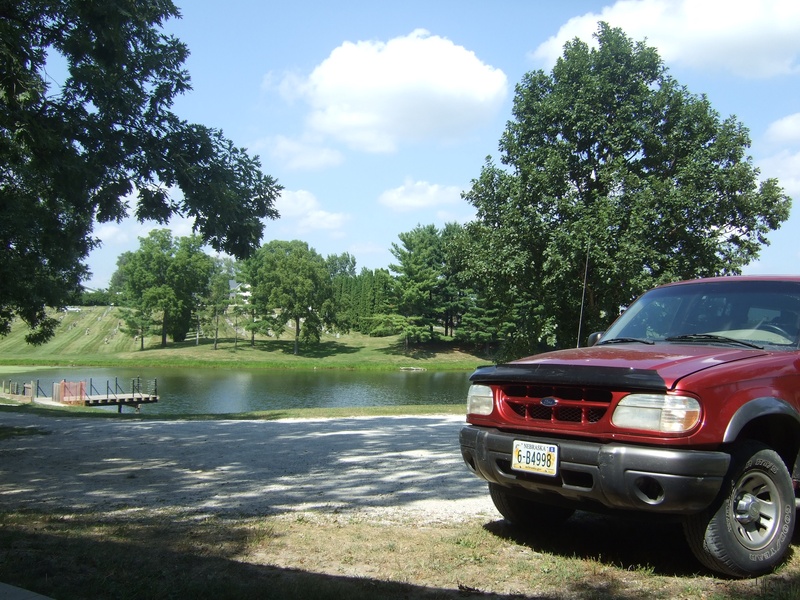 I moved from there to Ohio next. I had bought a car around my first anniversary of living in Nebraska, and since I would need a car in Ohio, it was obvious that I would drive the 800 miles to my new home. Problem was, I did not yet have a home. I did have a job, though, and a couple of my coworkers-to-be let me crash at their place for a week. So I packed up my car and began my first-ever road trip. Since it was costing me vacation money to make this move, I wanted to make it as fun as possible. In Iowa, I stopped at an art park in downtown Des Moines and the future birthplace of Captain Kirk in Riverside. I stayed the night in Morris, Illinois, and the next day went to Michael Jackson's childhood home in Gary, Indiana and to a park in Fort Wayne where Johnny Appleseed was buried. I also made sure to find at least one geocache in every state I drove through until I arrive in Ohio. After spending some time with the coworkers and having problems securing an apartment, I moved into an RV with a roommate for about a month before finally moving into an apartment. Well, it was actually a barn, but it was remodeled into apartments! If you total the time I lived in these three places in Central Ohio, I lived there for for one year and one week.

Most recently, I moved from Ohio back to Oregon. My adventurist self could have taken this negatively. After all, I wasn't moving to a new place I had never been before like the two previous moves. But I set out to make the best of it. I first considered driving back, since I had accumulated quite a few belongings. But I knew that my car needed a lot of work, and even then it still might not make it all the way across the states, so I sold it. (And although I'm still car-less, I'm glad I can buy another car in Oregon- they don't have rust here!) I considered having my things shipped, but after gettting estimates from shipping countries, I realized that getting everything shipped would cost more than replacing everything upon arrival. So I set to sell and donate most of my possessions. I ended up with two boxes of books that I would ship Media Mail, a 100-pound suitcase that I would ship Greyhound Package Express, and a suitcase, carry-on, messenger bag, and pillow that I would take with me on my trip. After considering flying and taking the train, I decided to go with the cheapest option that would allow me to see the most of this country: Greyhound bus. 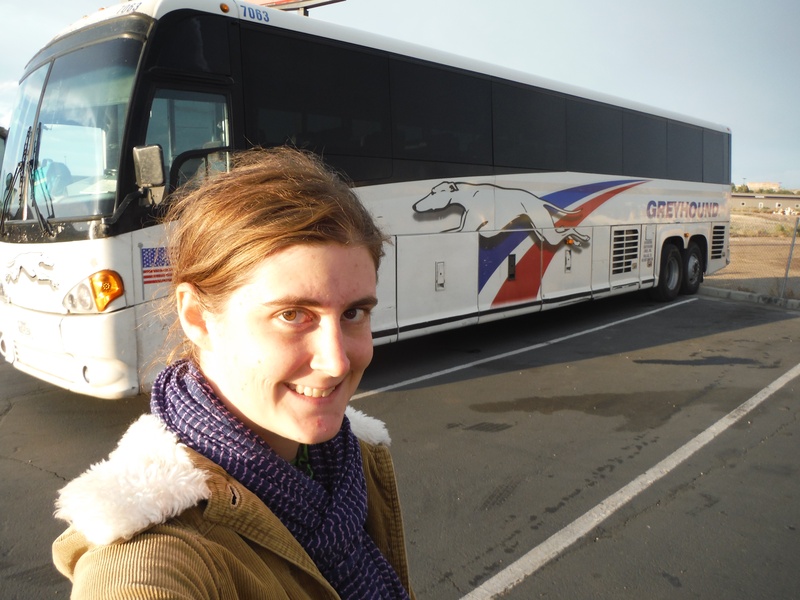 After having a friend drop me off at the Columbus Greyhound station, I went through Indiana to Chicago for the first time and spent two nights there. Then I went from Illinois, through Iowa, to Nebraska to spend two nights and visit coworkers. An overnight bus trip brought me to Denver, where I met up with my cousin for 24 hours of fun. From there, I took a two-night journey through Colorado, Wyoming, Utah, and Idaho to bring me back to Oregon, which included a several-hour layover in Portland where I went on a whirlwind self-guided tour. One thing about Greyhound is that there are rest stops and meal breaks along the way, so I really got to see a lot more of the country than I bargained for. This was a big plus, except when it was the middle of the night and I would have to wake up! Since I usually only travel with a backpack and maybe a small rolling carry-on, I did find it a huge hassle to schlep my own luggage at every transfer, but overall I think I had a much better experience moving like this than I would have any other way. If you're still unsure that Greyhound is a good option, be on the lookout for a future post where I go over all the perks (and pitfalls) of riding the bus!

I'm not sure how long I'll be in Oregon. I wouldn't be surprised if I spend less than a year here. I know full well that moving can be stressful, but it can also be an adventure. The next time you move, see if you can find any interesting stops on the way there!

Oops, you forgot something.

The words you entered did not match the given text. Please try again.